My first ever Mechanical Keyboard, a Akko 3068, was delivered to me a few days ago, my experience of using it

It was around this time last month when I was just scrolling through YouTube and I came across a video that was about Mechanical Keyboards. So, I ended up wondering what's all the hype about. I remember that post from Unixporn that got so much love from the community.

After lurking around the r/MechanicalKeyboards subreddit, I figured that there are so many options to decide from. I initially thought that these keyboards are supposed to be built manually but turns out there are many prebuilt options and they aren't even that costly.

For the prebuilt ones, options are available depending on the size and the switches used.

I started doing a bit of research, my first place to search for information being r/MechanicalKeyboards. I learned that their are different types of switches to choose from depending on what we do with the Keyboard (gaming/typing). I checked this YouTube video that explained pretty nicely about different kinds of switches.

I decided to go with the Cherry MX blue ones. I don't play games and my keyboard is primaryly used for typing. My current linux setup is based on i3-gaps which makes me dependent on the keyboard a bit more than usual. I can pretty easily say that I use my trackpad/mouse only for scrolling and selecting things to copy. Otherwise I can use my setup completely without using a mouse. 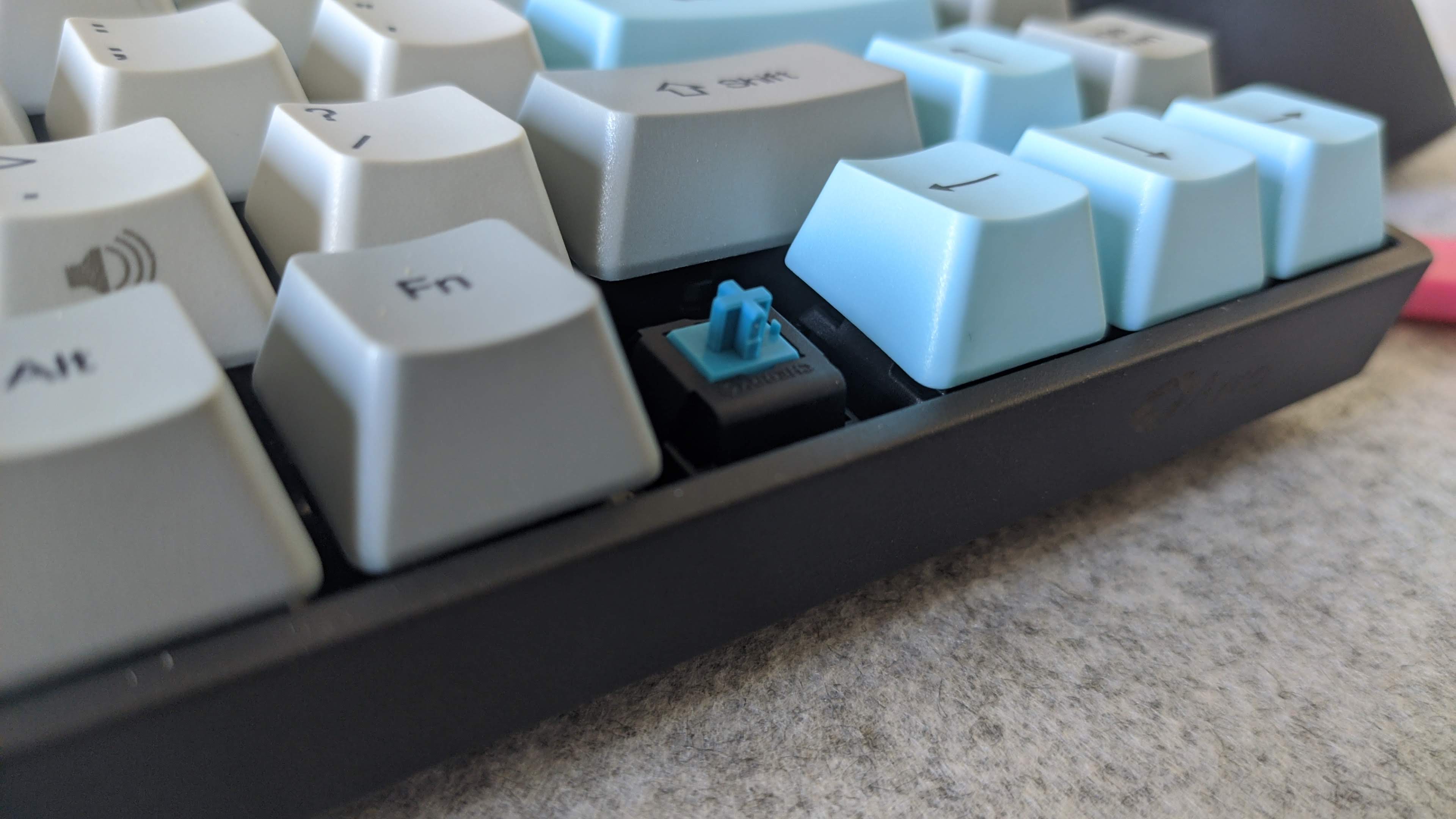 So the basic sizes that these keyboards come in are 65%, 60% and TKL.
TKL just stands for Ten Key Less which means it has ten keys less than the usual full sized keyboards. 65% are 65% size of the full sized ones and 60% are 60% of the full sized. The most important difference between 65% and 60% is the inclusion of the dedicated arrow keys. 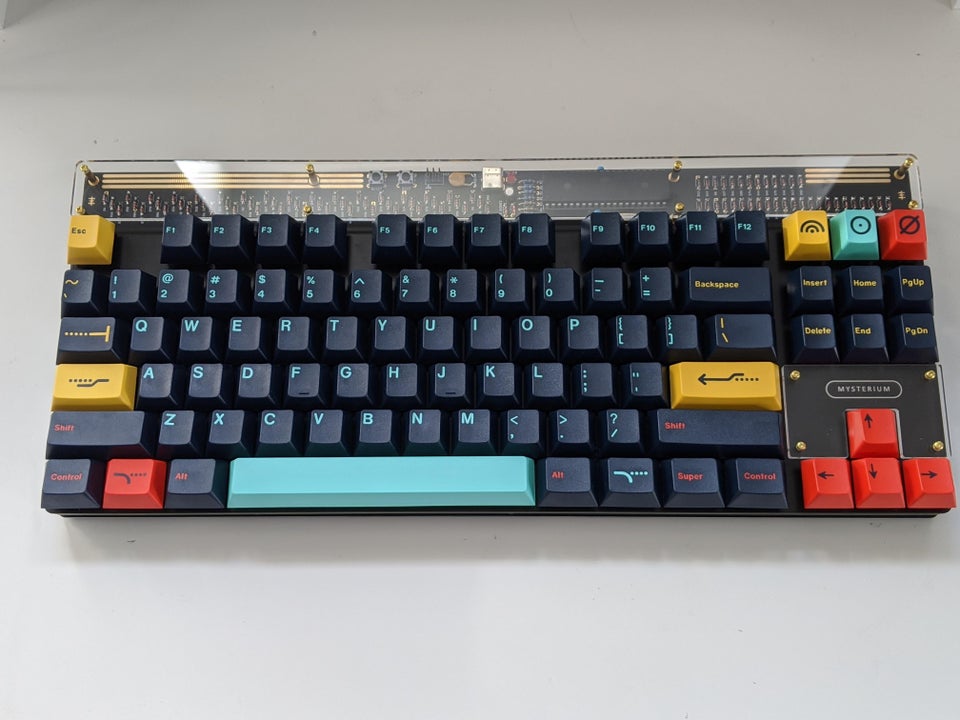 So I thought, I've used these full sized ones before and the smaller ones look kind of good. But I knew I couldn't live without those arrow keys since I use them on a daily basis, way too much, so I decided to go with the 65% ones.

After searching for a lot of options with what I wanted, I ended up choosing the Keychron K2 and the Akko 3068. Akko, eventually, had a deal with Ducky (pretty famous brand for mech Keyboards) but it ended around May last year (not sure). As it turns out, Keychron K2 was not available here in India and the only option was importing it from US using Amazon. Amazon does assure a delivery within 3 days but they charge 5k for it which is not cool considering the keyboard itself costs 8k.

Another option was Banggood. They had Akko 3068 and they were charging just around 200 for delivering it to India from China but it would take time. I went with Banggood since I didn't need the keyboard instanly and I had time. So I placed the order and had to wait a month to get it delivered (it got delayed because of COVID-19 issues).

Experince of owning a mech

So far it's pretty good. After I opened it up, it turned out to be smaller than I had expected but what can you expect from a 68 key keyboard. The keyboard is also pretty heavy, the parcel weighed 1.67 Kgs. The keys are pretty clicky. 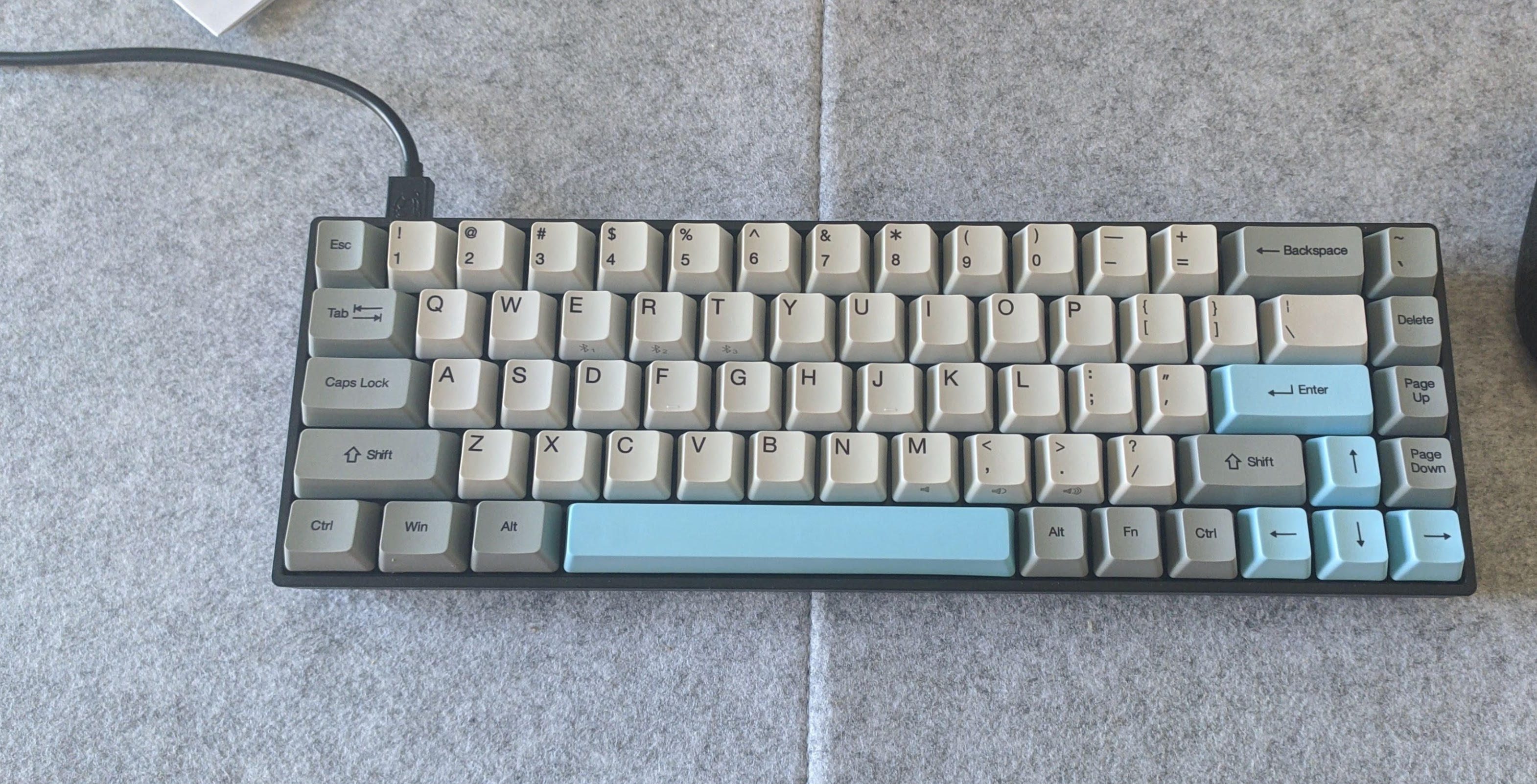 I have to say the best thing is the sound of the keys, it's just so awesome typing on it. It feels like I'm using a typewriter. Really excited to use it at college where there'd be people around, LOL.

It doesn't have RGB, but it does have some LED's that indicate if the keyboard is charging or if the Caps Lock is on etc. Also seems like the left control button is a bit too far away, I am considering remapping it with the Windows key, which honestly I have no use of. Also the keyboards comes with three different colors of some specific keys like the arrow ones and the space and the enter keys.

Overall experience is pretty good. I love the fact that the keyboard is so customizable, don't like a keycap color? Change it. Don't like a button being too far away? Remap it. Want lights? Add them (it ain't that easy though, especially for newbies like me.) TaeKeyboards does do that though in his review of the Akko 3068.

Another thing, it does increase typing speed. I don't know if it actually helps or not but since I got it, I have been typing pretty fast and it's really awesome.

I got it for 7k (with offers) though the actual cost was 8k, but totally worth the price. Can say that this and the Keychron K2 are the best budget 65% mech keyboards anyone can get at the moment.

My first ever Mechanical Keyboard, a Akko 3068, was delivered to me a few days ago, my experience of using it

Things to do before redesigning your personal page

Some tips to make your page better