My experience with people who steal things from Github and calls them theirs.

I have been using Github for a while now. If I have a project in mind, the first thing I do is make a new repo on github and then start with the project. It was around May (or June maybe) of 2018 when I had posted on Reddit about my project ytmdl to check peoples response to it. That was when I came across playx. So Nishan mentioned his project on the comments suggesting he had been working on something similar to my project. As I was, I opened the page and checked it. Turns out there were a lot of TODO's listed. I was free then, so I forked it and started working.

What started as a fun project quickly turned into an utility that I got adddicted to working on. I still remember making pull requests before sleeping every night at around 3 A.M. and every morning the first thing I'd check for is if the PR is approved or if Nishan has made any comments. I can say I enjoyed working on the project and a lot of it was because of Github. The simplicity of making PR's and getting them merged in the original code.

However, recently something happened that shook us both. We couldn't decide if we should laugh or get angry. Somebody stole our project. It was not a fork of the project, instead this person made a new repository and named it layx which is playx without a p. And the code, it was our code. All I could think of was the late night PR's that I had made and how I have spent so much time working on it and it was all not mine anymore. On top of that, he didn't even care to change the README (that was offensive, he didn't care to fix the bugs.). The logo, it was the same logo that one developer has contributed to our project, just without a p. He even shared the project on Reddit and thats where Nishan came across it.

Yes I know we had a license but we felt helpless. Nishan opened a pull request asking this guy to take the repository down. He replied by closing it and saying it'll work differently to playx because it will take data from spotify (even I don't know why he thinks copying our code, making changes and branding it his, made sense). I asked Nishan if he has taken any action. He said he has contacted github but they said they can't help. He even tweeted. Later I opened a PR on this layx repo and asked him to take it down or we would take legal action.

By this time, Nishan had already asked for a DMCA takedown of the project and the next day I got a mail from Nishan telling me that the guy deleted all our code from the repo and added java code there. Also, github had responded to tweets by Nishan by this time and later he had to tell them that it was settled. 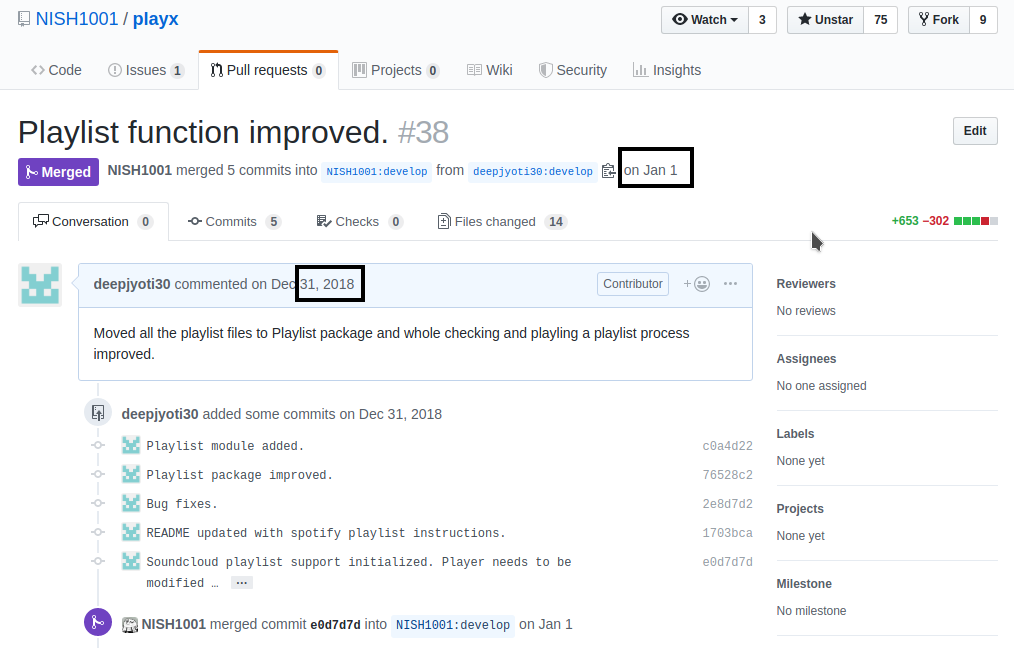 Now here's what makes me scared. Even though I have licensed my projects, what if someday, some random guy copies all my code and brands it his. I know I have legal solutions to problems like this but what I don't understand is do I deserve this, do my time deserve being wasted like this? Just because some guy thought it would be funny or he didn't know the rules. What's even worse is I wouldn't even know if he's using my project would he not feel like sharing it on places like Reddit.

As I am writing this post, I can only imagine how many other people are working hard, missing their sleep just to make that last PR and how many people are cloning someone's project to make it their own.

Github is a big company and I'm really positive it has the power to take actions on things like this. I know it'd be a big step but I really think, its time Github starts taking things like this seriously or it's going to directly effect the opensource community that we take pride working in.

My experience with people who steal things from Github and calls them theirs.