How I ended up being who I am today

Hi, I am Deepjyoti. I am a developer. My interest in gadgets started when I got my first phone. Ofcourse it was an Android phone and it had a real slow processor.

That forced me to jump into the world of custom ROM's. Eventually I came across developers who were respected a lot for building these ROM's. I then felt this urge that even I want something like that.

Fast forward 2 years, I opted for Computer Science in High School. Thats where i started learing C++. After a year of learning C++, I wanted to make things that people would use, that would make their lives simpler. So I learnt Python.

Since then I have never looked back. Off late I have also developed an interest in customizing my laptop, software wise. This fascination started when I started using Ubuntu and came across a subreddit called unixporn. I now take great joy in customizing my setup. Do check it out here and here. 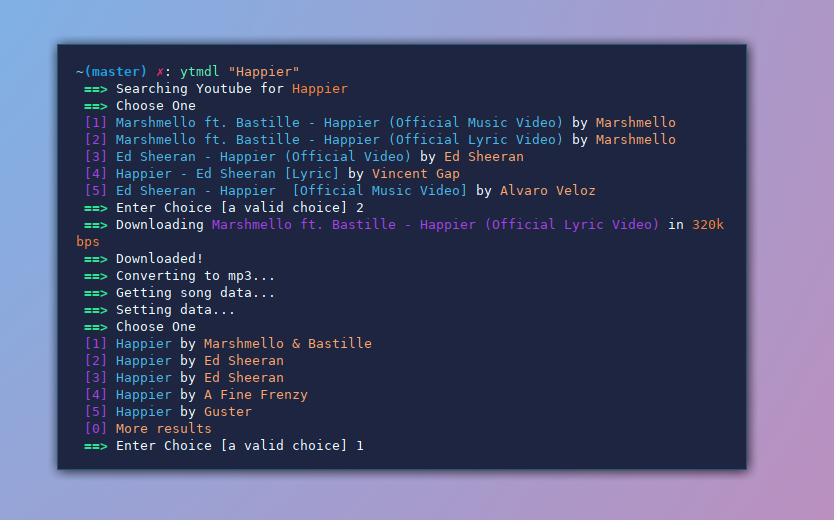 I use a Dell laptop, the one in the cover of this article? Yeah, that's right. I have Manjaro i3 installed on it. I love using cli based applications. I try to do almost everything from the commandline. Why almost? Beacuse some things are, even though possible, just not possible (fun is the word) from the commandline. I mean, I just don't want to browse from the cli. I like appreciating magical things that frontend developers do with their pages and thats just not possible from the cli.

I also like listening to music, I mean I call it my hobby sometimes (who doesn't?). I go cli completely on music though. Streaming it? I use playx (check homepage for links). Local music? MPD + ncmpcpp it is! Off late, I have taken an interest in dev-ops. I mean I'm fascinated by the ammount of automation I would have to do to make peoples lives easier. I think its really cool how dev-ops works.

Currently I'm a sophomore in college and I'm studying Computer Science (as if it was that hard to guess). You can always check my linkedIn for other details. So basically, I'm a guy with a lot of interest in technology. BTW, did I tell you that now I use a fairly better phone than the one that I mentioned earlier, yes, my first phone. So the current one is good, it has a pop-up camera and all and I still install custom ROMs on it. I just can't get enough of this freedom I get by using custom ROMs and wild card to all new Android updates. Also, I'm a huge Android fan.

I keep updating this article with my latest interests and other stuff though, so you can always check it once in a while. ;-p

How I ended up being who I am today

about
me
personal
deepjyoti30
developer
who
i
am