Move away from Disqus

A few days ago I was developing a page for a client and one of the requirements was having a comment section in the blog posts, which made me wonder, how should I go about implementing a comment hosting service.

I did brainstorm for a while about implementing it on my own but then I had that feeling it would take some time because a lot of things would have to be taken into consideration like anonymous comments, nested comments etc.

Sergey Lisakov eventually has a whole page for just that. I have to say this page has it all, each and every open source comment hosting service and we can sort them by a lot of different categories. It's exaggerating in a way, like, which one should I use.

After a whole lot of Let me try this and I swear this would be the last one, I finally zeroed down on 4 of them which I think are the best ones.

This one has to be the one that offers the most features. Besides of that, it's written in Python which I'm not shy to admit, made me lean towards it a bit more.

Also, it is the only one with almost 4k stars on GitHub which is a big deal.

The only issue I have with this, which is also the reason I'm not using it currently is because it requires a server to deploy in. However, people like me, who don't have a dedicated server can't even go near using it. So yeah, it's a no go 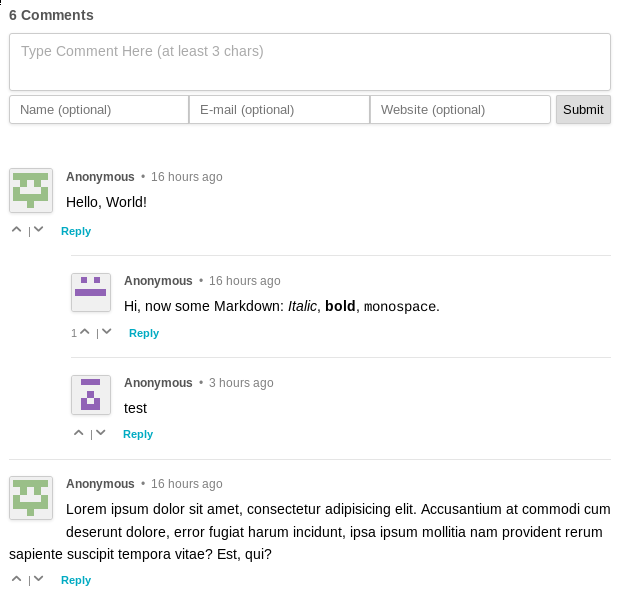 This one, written in Go and Preact, almost became my comment hosting service. I even wrote the frontend and configured it. I played around with it for a while but I have to say I did find the documentation a bit confusing.

I thought it's a really good option, considering I was able to customize the UI (it matters to me, I'm not being childish!) and it had all the features that I wanted, especially the option to comment anonymously by default.

However, turns out I can't use it if I don't have a dedicated server, I thought I would just deploy it on Heroku and then use DynamoDB but then I was really bored.

This one is like a fusion between Isso and Mouthful. It has a really beautiful UI and has a lot of feature. I seriously looked at their page once and really loved the look.

However, what drove me away from using it is that it doesn't let users be completely be anonymous? 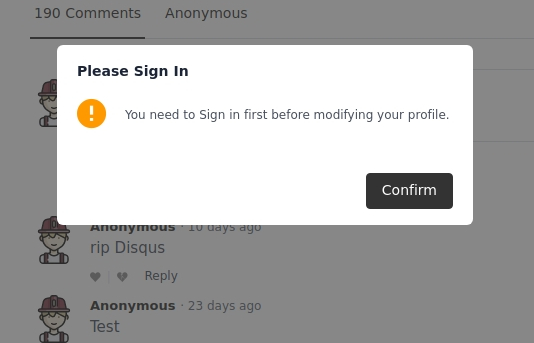 This is the one that I am using currently on my page. Read along to know why I chose this one and not the others.

It literally has everthing that I wanted from a comment hosting service and it is also completely serverless. It has an option to deploy on your own but I went with the serverless one (well, duh).

So, it is completely anonymous. It's UI is okayish but it's not that bad. Gives me real reddit vibes so I'm good. It supports login in using various social media like GitHub, Twitter... (just scroll down and you'll know).

Those were the 4 free, open source comment hosting services that I think are the best out there, especially for developers like me.

It's really simple now, which one to use. If a server is not an issue and you want some customization then go with Mouthful, else go for Isso.

If you don't have access to a dedicated server and you don't care about introverts who want to keep their real identity hidden, then go with Wildfire, else Commento is the only good option.

Move away from Disqus

Have your own page for free

By using github pages, heroku and aws s3 for static files, all of which are free

Secure auth for your URL's in logs